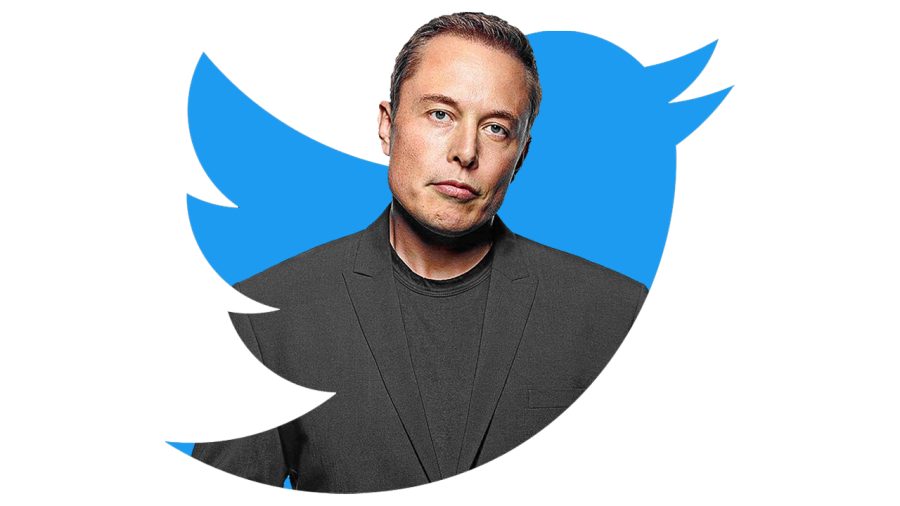 Elon’s Empire: Elon Musk shown inside of the twitter logo, expanding his business empire, May 3, 2022.

Elon Musk, being the richest man on Earth, with a total net worth of $264.6 billion USD, made the purchase earlier this year of a 9.2% stake of twitter shares for $2.64 billion, becoming Twitter’s largest shareholder. On April 14 of this year, Musk proposed to purchase the entirety of twitter for $44 billion, making it one of the most expensive transactions in recent years for the ownership of a technology related company.

Twitter is a social media platform similar to Instagram or Facebook which allows users to communicate and interact with others, whether it be for work, enjoyment, etc.

Fernando Queiroz, junior at Foran says, “I use Twitter mostly to see what’s going on in the news today and to have some quick laughs at funny tweets.”

Musk was born on the 28th of June, 1971 in South Africa. At only the age of 12, Musk wrote the code for a video game, Blastar, where the source code was later published in a magazine which he received $500 for. Musk earned his Bachelor in Physics and Economics from the University of Pennsylvania in August of 1995. In February of 1999, Musk created Zip2, a web software company with a $28,000 startup from his father which was bought shortly after, by the company Compaq, where Musk received 7% of the $22 million sale.

Musk used the money from the sale to co-found X.com, an online financial services and e-mail payment company. X.com was later purchased by eBay in 2000 and renamed PayPal, one of the most used digital payment softwares today, which Musk received $165 million from.

With this investment, Musk founded SpaceX in 2002 to expand his passion for space and explore more affordable and sustainable ways to launch rockets.

Musk finally became a member of Tesla’s Board of Directors as a chairman in 2004 after his investment of $6.35 million.

Musk made plans to take the social media website private, specifically bolstering the free speech aspect of the site. An avid user himself, he is thought to be less harsh towards users who violate the site’s policies, which also may change under his ownership.

Matt Levine, a Bloomberg Opinion columnist who has been comprehensively reporting on and analyzing this story over the past month in his newsletter with an interview via The New Yorker believes Musk purchased the platform due to his political and social beliefs on how Twitter should be run, and feels it is not being run that way. Musk is known for his comedic and entertaining tweets making the purchase realistic as he understands the site and limits placed on users currently.

History teacher Mr. Frank Tupka says, “I think this will increase free speech because Musk is a ‘free speech maximalist’. It is unlikely that the bans, shadow bans, or other limitations on accounts will continue at nearly the same pace. With that being said, we do not yet know how his policies will look and what negative impacts they may have. Social media companies are under considerable pressure to limit certain types of speech and Musk’s purchase of Twitter will likely challenge that pressure.”

Many users of twitter have embraced the change of Musk running Twitter and have high hopes for the entrepreneur to improve the platform significantly.

Mrs. Jackie DeLoma believes, “Free speech needs to be evaluated to some extent and not everyone is on board with the ubiquitous use of all social media apps to degrade or disparage others for any reason, which can therefore incite criminal acts, hence the need to be mindful of what is being posted on these platforms.  I 100% agree with free speech as long as respect and integrity are the foundational components of intent for relaying these messages.”

Twitter users are not sure on what exactly Musk will implement to expand free speech but have high hopes for the future of their favorite social media platform.

Update: On May 13, Musk posted a comment on Twitter stating that the deal is on hold for the time being, as the terms of the deal are still being figured out. Due to new information being presented on the company’s value, Musk might want to lower the price or pull out of the deal altogether.