Foran Wrestling off to a Strong Start 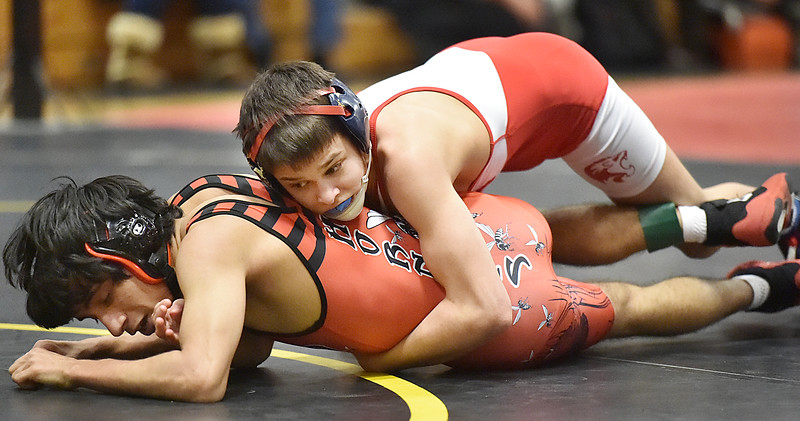 The Boys’ Wrestling team had a successful meet on Wednesday December 16 against Amity. The Lions defeated the Spartans with a final score of 56-20 to begin their season with an undefeated record. Jubilee Witte, a senior, explained how much hard work the team puts in for the season. “I think we all did pretty well on Wednesday. The new guys had fun. But, we can’t forget about working hard every day for every meet we take on.” There were many accomplished matches against a variety of difficult opponents. Gino Esposito, Ryan Luth, Umer Khan, and Colby Stuart all had pins adding points to the scoreboard for Foran. Luth has had outstanding performances within and outside in the off season as well. Luth went All-State as a freshman and took second place at the NHSCA Nationals his freshman year as well. “My off season training helps me tremendously. Having the opportunity to wrestle with the great partners from other teams and travel for national tournaments for improvement is so fun for me.  I also have a great off season coach, Blair Tugman.” The boys’ next meet will take place at Foran on Tuesday December 22 against Fairfield Prep.