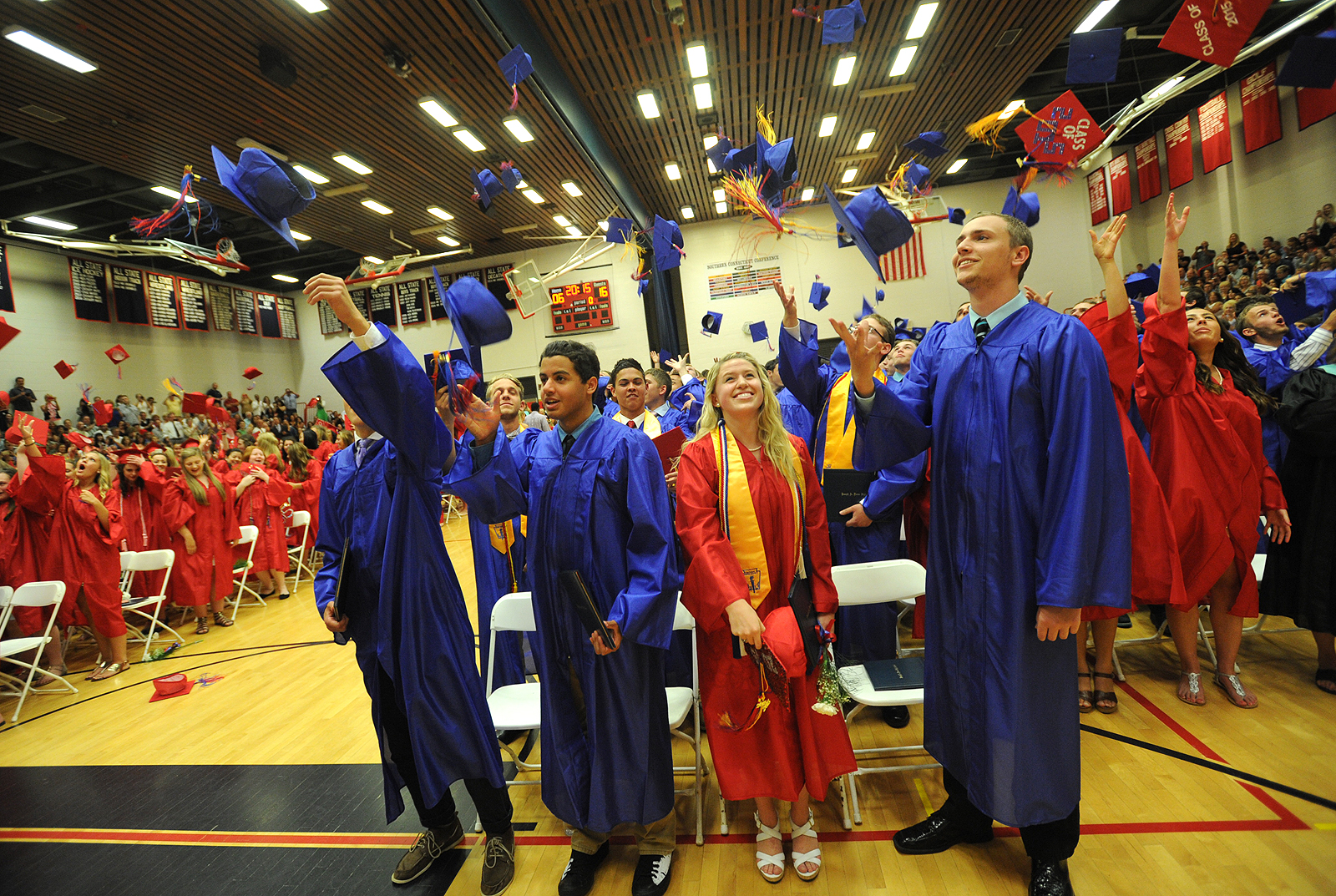 The class of 2015 at their graduation, photo courtesy of the CTPost

Joseph A. Foran High excels over not only the state but the national graduation rate by over 10 + points due to its academic rigor and student motivation.

Every student can agree that the main goal of high school is to eventually get out of high school, but the process of getting there isn’t as easy as one may think. Students have to take 25 credits over the course of their four years in order to get their diploma. In these years students get a good amount of work and a well rounded education  no matter what classes they take, so every person who graduates meets the same high standards this district  has for them.

According to US News, Foran’s graduation rate of 2016 is at a high of 96 percent. In a published report from Governor Dannel Malloy in May of 2016 he states, “graduation rates in the state reached a record high in 2015 – hitting 87.2 percent, significantly higher than the national average of 82.3 percent”. Not only does Foran defeat the state average by almost 10 percent but they succeed over the national rate by about 14 percent.

It takes a lot to achieve this goal and it is caused by the teachers and students who make up this environment. “ So many kids graduate because of the strong relationships made between students and teachers.” says, Matt Kennedy, junior class president, “Students also graduate because of the push of Advanced Placement classes that make them feel more college prepared like there is a reason for graduating.”

Along with academics, extracurriculars go along way with keep students in school.Kelly Strom, a sophomore, says, “If Foran didn’t have the sports and clubs I’m in , it would be very hard for me to stay engaged with my participation in school.” Without these tasks keeping students involved with their school, they wouldn’t stay in it.

Overall, all students should recognize and be proud of all the advantages they have at such an admirable institute.