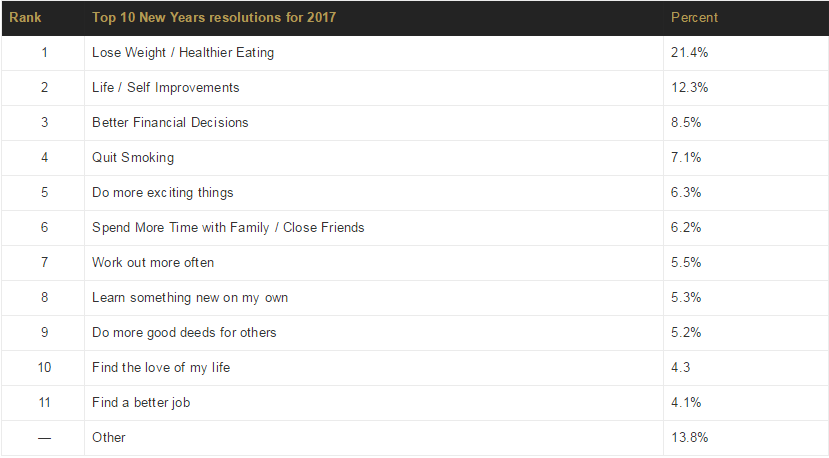 As the new year begins, many of us try once again to do the age-old practice of New Year’s resolutions. The dieting, hair changing, and wardrobe remodeling fantasies take over our thoughts and we take on the motto, “New year, new me!” But, what do Foran students think of this?

On her resolutions, senior Genevieve Jaser says, “I want to be happy; truly and simply, in my endeavors, It’s more of a lifelong desire.” Jaser outlines more of a longer goal to help herself using a multitude of ways to achieve it. Having very similar views, Nicolette Simone says, “Mine is to focus on me to better myself and my relationship.” The idea of bettering oneself and spending more time with the ones you love has become more of a goal than in earlier years. Maintaining resolutions, though, still labels as quite difficult. According to usnews.com, “…emotional friction (stress) becomes the high-octane fuel of failure.” The article describes how resolutions often don’t proceed due to the body wanting to change, but the mind not ready which ultimately creates stress. That doesn’t stop people from still being hopeful. Jaser says, “As far as New Year’s revolutions, I think shooting for more of a change to better oneself instead of something superficial is the best way to go.” Adding to that statement, Simone says, “I think they’re a really good idea as long as you stick to it.”

Although stress persists in nearly everyone’s mind that helps the failure of a resolution, it doesn’t stop people from believing they will carry on their goal. So long as one prepares their mind for change, they can achieve their goals. Usnews.com also says, “Unless your first change your mind, don’t expect your goals to materialize.”