And The Game Begins… 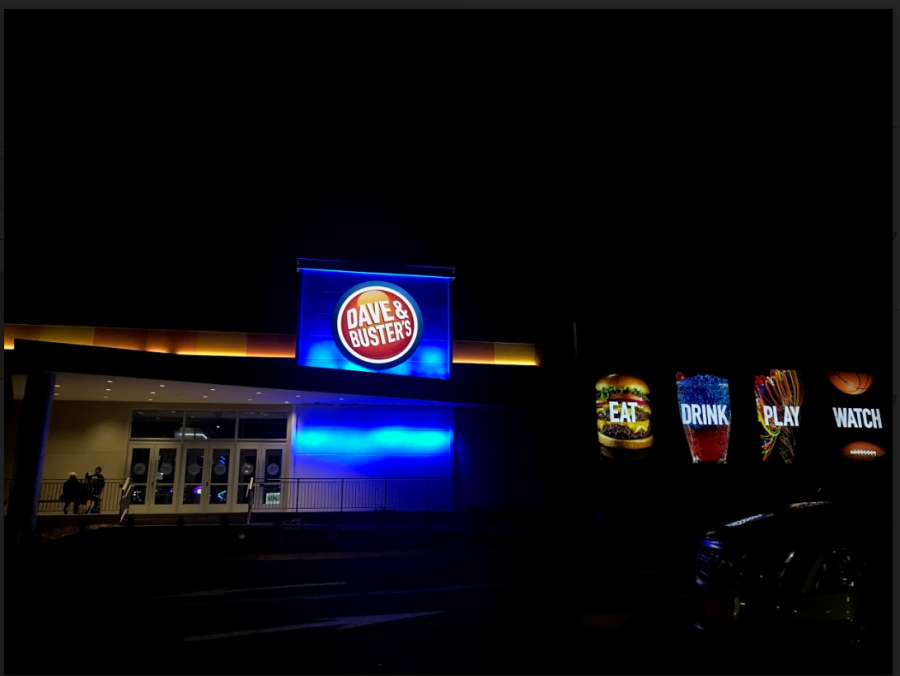 Outside view of Dave and Buster’s located in the Connecticut Post Mall. Photo taken by Malcolm Chavez on November 25, 2018.

This new entertainment spot will certainly change the mall’s overall vibe. This multipurpose venue will contain a restaurant, a massive arcade, and a bar with screens for watching sports.

Dave and Busters is a popular Milford spot already, drawing large crowds especially during the weekend, according to Milford manager Bill Painter.

This place is considered to be entertaining for all ages due to the variations of arcade games food, and family vibe. Many people, including students at Foran High and other schools, said that the venue is definitely considered a fun place to hang around with friends.

“The place seems very magical for little kids and an escape for older kids, and adults. I think that it’s a place where everyone could get together and spend time as friends and family,” said junior, Clea O’Neil.

The Milford Dave and Buster’s brings in people from many places including Fairfield, Stratford, and surrounding towns. The entertainment business is unlike any other as it brings a dramatic increase of foot traffic in the Connecticut Post Mall.

Painter stated, “Dave and Buster’s is a 40,000-square-foot building and during the weekend, we bring in about 4,000 to 5,000 people. We also have 260 to 300 employees to help provide service for the massive number of people we bring in.”

The venue is open from 11am to 12pm from Sunday to Thursday, and 11am to 2am Friday and Saturday.