How To Train Your Dragon: The Hidden World Movie Review 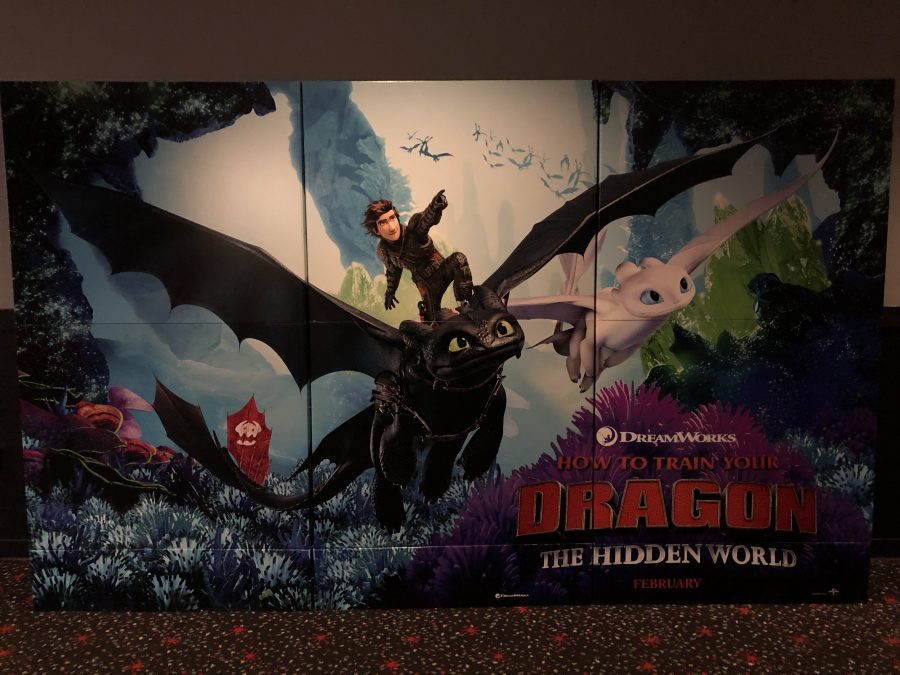 Written and directed by Dean DeBlois, How To Train Your dragon: The Hidden World came out after much anticipation on Feb. 22, 2019. Based on the children’s book series of the same title by Cressida Cowell, the first movie tells the tale of the Island of Berk and how the vikings used to be dragon slayers. It focused on the bond that began between Hiccup and Toothless, when Hiccup, the son of the viking Chief, found the injured dragon in the woods and couldn’t bring himself to kill it. The second one continues the story with the vikings of Berk now in alliance with the dragons, but characters are introduced and taken away as a battle between the dragons and the Bewilderbeast (alpha dragon) takes place.

This is the latest and last in the How To Train Your dragon series. Hiccup is the leader of the pack now that his father has passed and he is constantly trying to prove himself worthy to the rest of the vikings. Yet, other viking groups don’t like or respect Hiccup and his village because instead of being dragon killers, typical of vikings, they are dragon lovers! Due to their good relationship with dragons, they hold themselves responsible for releasing trapped dragons from other vikings. In this film, the vikings they steal from, fight back by hiring Grimmel, an infamous dragon slayer that works to trap all of the free dragons. But even worse, his ultimate agenda is to rid the world of all Night Furies, including Toothless!

The beginning started off in media res, or, in the middle of an action scene, which told me right off the bat that the movie would be filled with multiple viking battles. Although this sets expectations high for the rest of the movie to be interesting, this is no problem because it sure delivers! There are multiple fighting and action scenes throughout the film, viking vs. viking, dragon vs. viking, and dragon vs. dragon. Not only that, but there are powerful and important decisions and actions made by both boy and girl vikings, allowing the movie to be enjoyable  and relatable to both sexes.

In addition, the composition of the movie itself was flawless! The seamless transitions made it so easy to follow along even if you hadn’t seen the previous two movies, because the way that one event led into another allowed for optimal comprehension conditions. For example, towards the ending the transition scene from when Hiccup was only a teen chief to when he grew into a man with a beard and all left no gaps in the story and was done in such a way that didn’t leave the viewer wondering about the things he may have done in between. But, at the same time, the movie was only approximately 1.5 hours long, so the action kept coming and the pace was relatively fast, with the exception of some parts that needed to be slowed down. As shown in the trailer, a slower, more light and giggly part of the movie was when Toothless tried to do the mating dance for the female Night Fury or “Light Fury” and failed miserably.

And finally, we all love a happy ending! Without being a spoiler, it’s hard to describe exactly how great the ending was. But the actions that the characters decided to take paired with the visuals, music, and emotions projected upon the viewer during the last 10 minutes of the film made this staff writer cry! And any movie that brings out the waterworks can be deemed a good one.

Some other great things to note was the character development that was kept and added to throughout the three movies as well as the way that the animators were able to portray the emotions of the made up creatures, both impeccable

Overall, I’d give this movie a five star rating for its ability to capture the attention of a teenaged and maybe even and unsuspecting parent although it may seem to be geared towards little kids. The animation alone makes it a must see, but compared with the exciting plot and the lovable characters, everyone ought to go learn how to train a dragon for the third and final time.