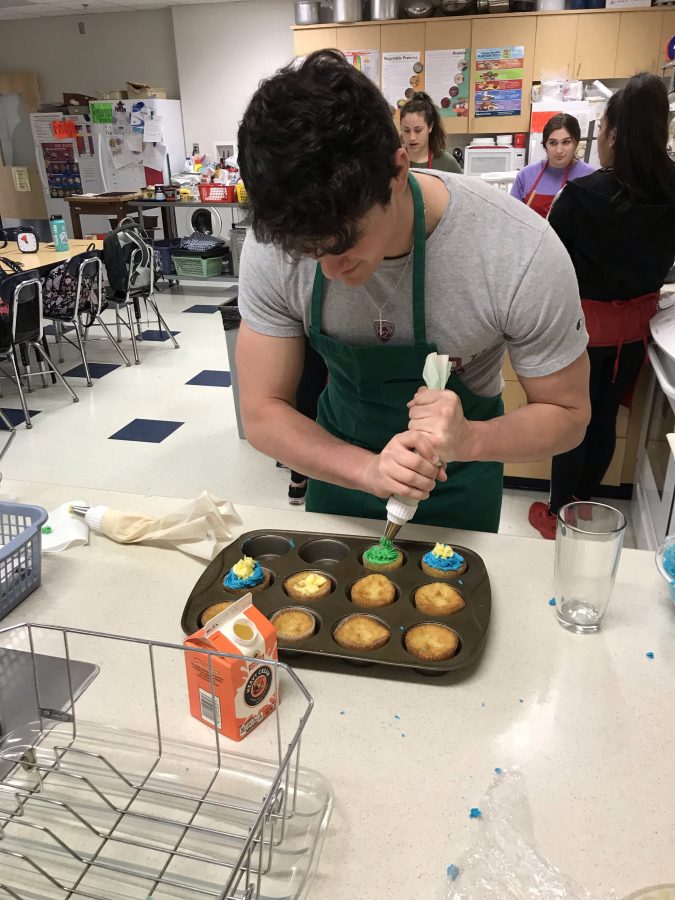 Senior, Tim Fitzgerald, frosting his cupcakes getting ready for judging

Students in culinary 2, always look forward to cupcake wars every year. The class is split up into 4 teams, red, blue, green and, yellow team. Each team battles for who made the best cupcakes. Each team is allowed to make any cupcake that they want and have to figure out all the steps and ingredients that they need to make their cupcake. Mrs. Bernadette Sobel, the culinary teacher, steps back and let’s the teams figure out what they think will be the best to win.

Special judges on Thursday, April 4: Mr. Frank Tupka, Senora Pamela Sheppard, Mrs. Meghan Hudson, and Ms. Emily Lockhart made an appearance in culinary to judge each team on presentation, taste, texture, and creativity. “I’m so excited to be here and see all the cupcakes and the hard work put in.” says Hudson. 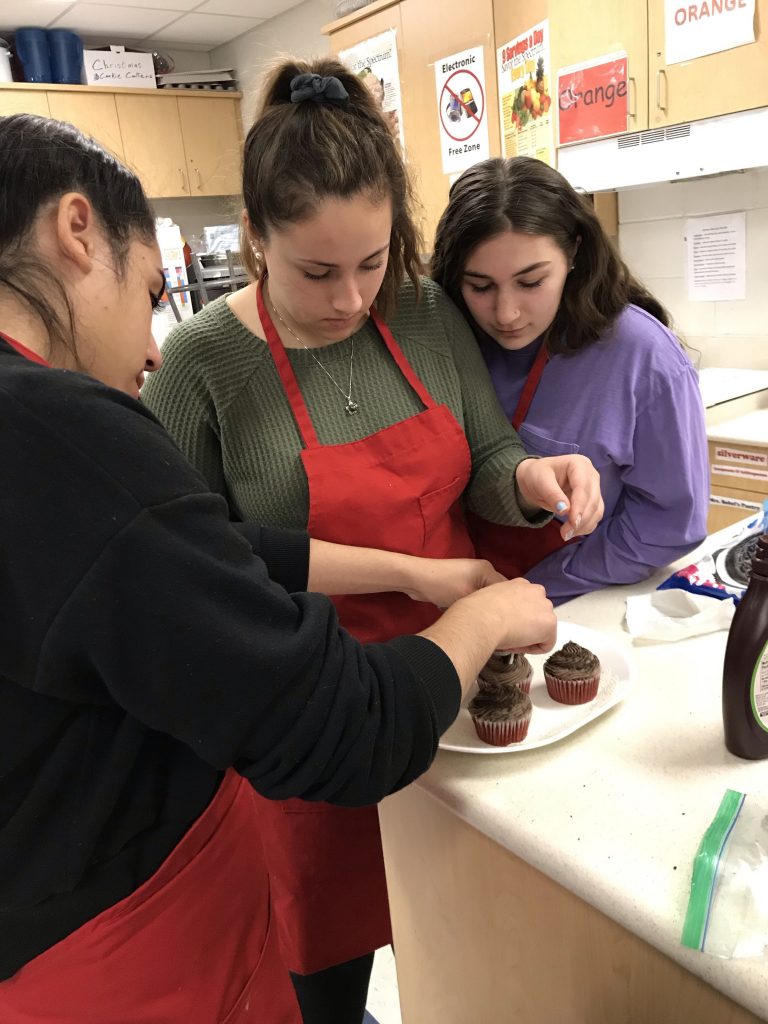 Each team had the opportunity to present theircupcakes and tell the judges what they made. After all the teams presented the judges were left to make the decision on the best cupcake. “It’s so nice to see all the enthusiasm and hard work put into the cupcakes.” said judge Sheppard.

Maddie Marcy, a junior on the red team, made a red velvet cupcake with oreo frosting. She said, “It was so much fun.”

A member on the blue team, Gage Diaz, was excited for the cupcake wars. “We made mint cupcakes. It was really fun”

Although, cupcake wars can be a lot of fun, it can also be challenging since you have to make everything from scratch and have to figure out any problems on their own.

Tim Fitzgerald, a senior, said, “We messed up the cupcake batter and didn’t cook them long enough but, in the end we tried to pick the best but although we may not have won, it was a really fun time making the cupcakes.” The green team made a vanilla cupcake with rainbow frosting.

In the end the team that won was yellow team, who baked a lemon raspberry cupcake. All of the other teams made amazing and delicious cupcakes and had fun throughout the process. The cupcake wars is just a friendly competition that was a fun way to display the baking skills of Mrs. Sobel’s culinary 2 class.