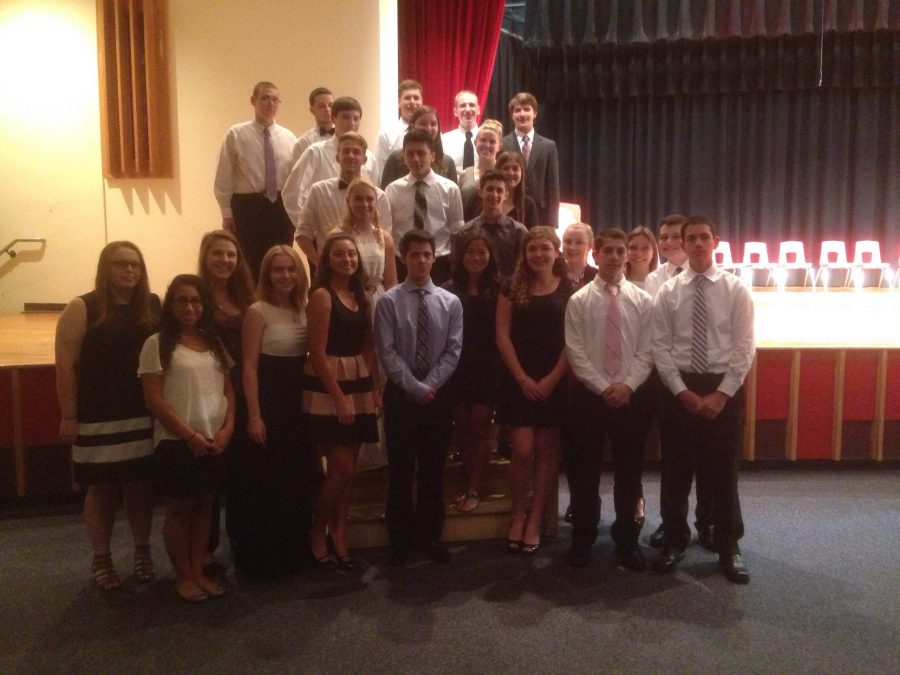 The ceremony began by each member being called up to receive their pin. Not only did they receive a pin, but they also were awarded a T-shirt and signed into the journal that has been going strong for 13 years. First year inductees received a white T-shirt and gold pin, while second year inductees received a red, black and gold pin. They were presented with these to signify their induction into the group.

The colors of the National Spanish Honor Society are red, blac, and gold.  The qualifications for the National Spanish Honor Society are very difficult, therefore showing the extent of how much of an honor it is to be chosen. To be selected, a junior or senior must have completed Spanish 3 at levels one or two; additionally, the inductee must be enrolled in Spanish 4 or 5 at levels one or two.

A student cannot apply to the National Spanish Honor Society but must be invited, proving just how impressive it is to be inducted. Mrs. Convertino as well as all the other Spanish teachers could not have been more proud with how well the celebration went.