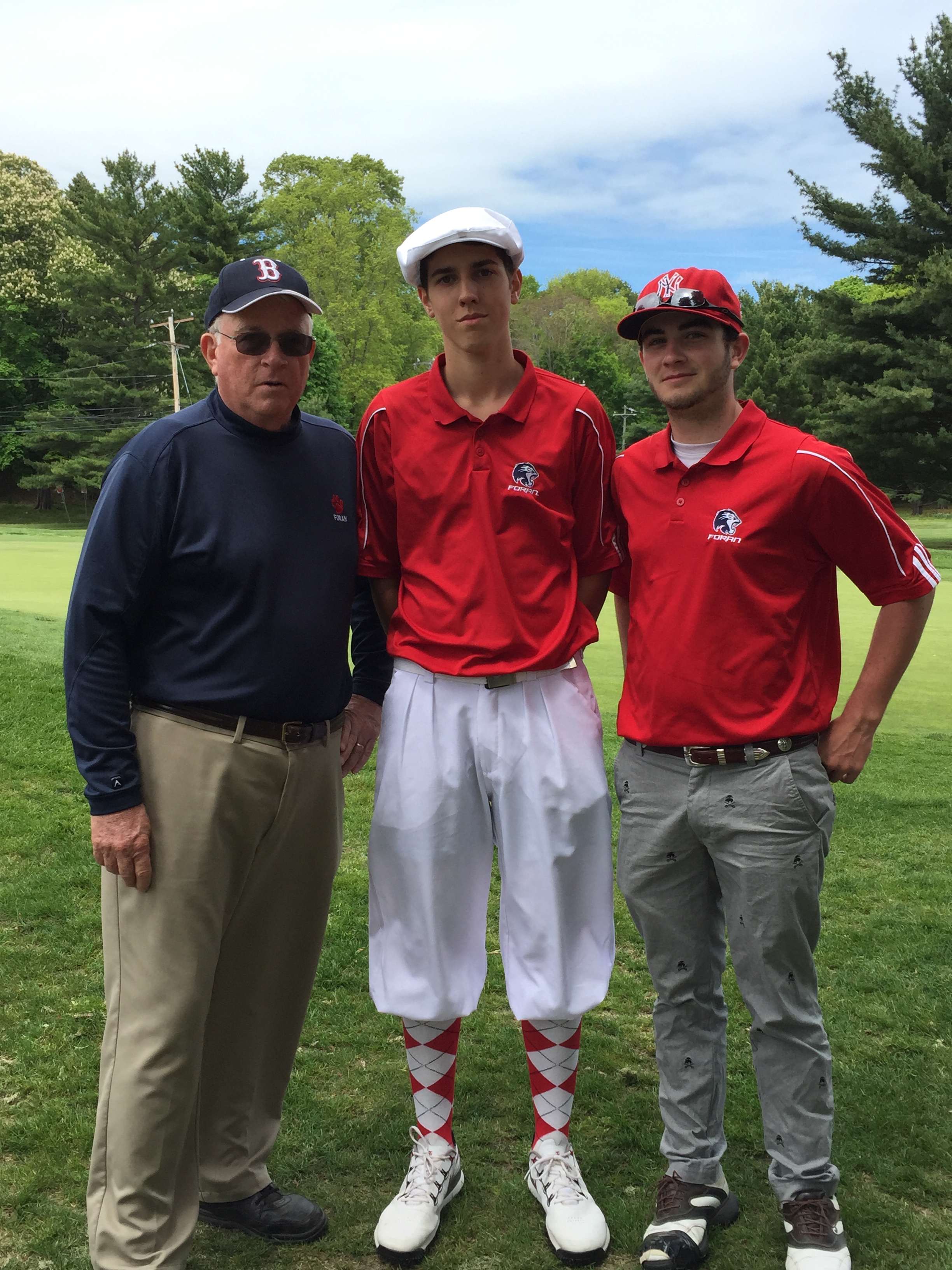 ers. Sean Rowland is a transfer from Notre Dame Fairfield. He has been a great addition to the team making the team a lot better. Dylan DeStefano and Sean Rowland play the 1 and 2 spot each match. Dylan DeStefano is currently averaging a stroke average of 39.9 and Sean Rowland is averaging a 43.4. Dylan has had two low rounds of a 38 and Sean has had a low round of a 41. “Sean is a great player and it is nice having him on the team. With him we are a lot better than we would’ve been and now we have a possibility to make states for the first time in a long time,” stated Captain Sabo. Foran Golf has not made the state tournament since in the last 20 years and may be even more. The team was very close last year to making the state tournament but did not qualify. Unlike other sports where the state tournament is decided by win percentage, it goes by stroke average. This is so a team may have many wins but is not on the level of another team. The team is improving and is starting to be a consistent team that can get wins and play at a higher level. The team is averaging a total score of 186. They have beaten Wilbur Cross, Hillhouse, Career, Lyman Hall, East Haven, and Jonathan Law. The team has beaten a majority of their schedule and has been the best team Foran has had in years. Foran’s low round of the year is 173 was played at Grassy Hill versus Hillhouse. The team has been very successful this year and will hopefully lead to a bright future.