February Festivities: A Month of Awareness, Kindness, and Love

Most people think the month of February is only about Valentine’s day, rather February is about celebrating friendship, love, family, health, and even black history month. Although three out of five of these revolve around the chemistry of Valentine’s day, there’s more to it than people know.

As many know Valentine’s Day is on February, 14. People look at this day, as a day to spread love and happiness with your significant other but there’s more to it. The idea of love on this holiday plays a big role in it, but even for people without significant others cherish your loved ones. Sophomore Georgia Malesky says, “ People focus too much on the chemistry between two people on Valentines rather than focusing on the love you have for many people in your life.”

February is known as Friendship Month and goes hand in hand with the idea of Valentine’s Day. Making Friendship Month and Valentine’s Day in the same month is a smart idea. The idea of Friendship Month can ignite a spark of love for your friends throughout this month. Friends play significant roles in so many people’s lives, yet people never really stop to focus on that and appreciate their friends rather they just introduce these people as their ‘friends.” Having a month dedicated to friendship should help bring out appreciation and love to many.

There are simple ways that someone could help others out during this month. For example, people can make cards for neighbors, offer to do a chore or run an errand, or simply hold the door. Small things done with love can lead to a happy heart. Recently, Ms. Hoffer’s social studies students made cards for those in elderly care. 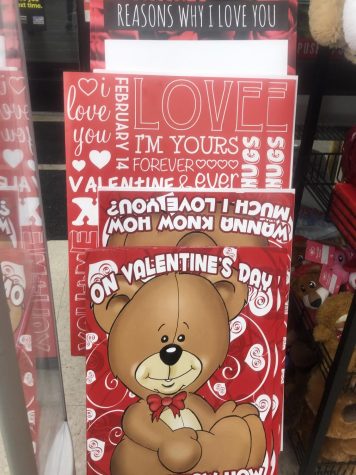 Rather than people thinking February is just about having a valentine on Valentine’s Day, there’s more to be celebrated throughout the month whether it is friends, family or a significant other, or even your health.