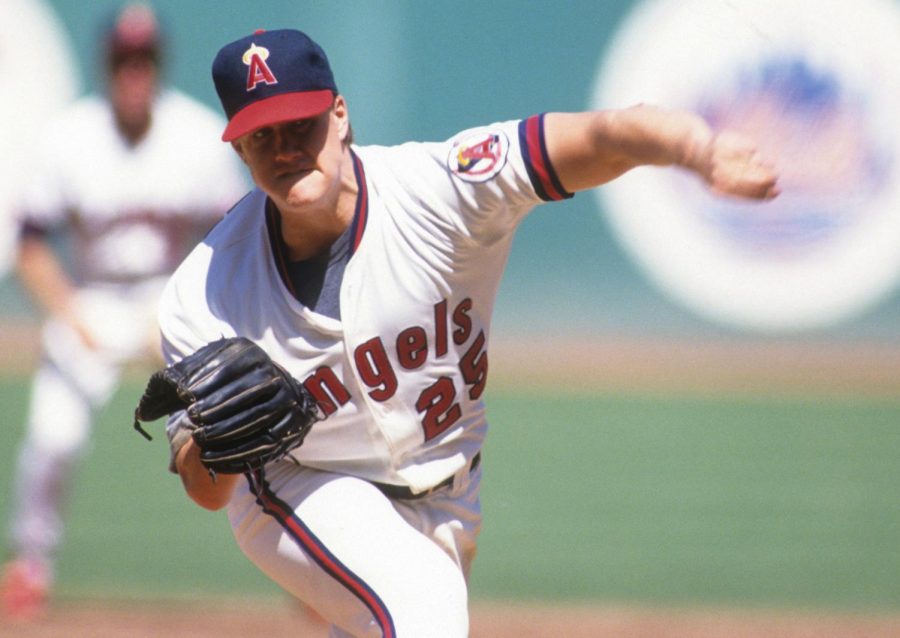 Jim Abbott pitches the ball while on the California Angels. Photo Courtesy of Baseball America.

Abbott was born on September 19, 1967, without a right hand. Born in Flint, Michigan, he graduated from Flint Central High School after being a starting baseball pitcher and football quarterback. After high school, he played in baseball clubs around his hometown and was eventually drafted in 1985 by the Toronto Blue Jays; however, he did not sign with the team and instead moved on to college at the University of Michigan.

He had enormous success at the collegiate level, winning two Big Ten Conference championships. In 1987, he won the James E. Sullivan Award as the top amateur athlete in the US, becoming the first baseball player to do so. Also, he was voted the Big Ten Athlete of the Year in 1988. He was then drafted eighth overall by the California Angels- straight out of college with no experience in the minor leagues.

In his first start, the Angels’ defense in the field let him down; he only ended up pitching a bit more than five innings against the Seattle Mariners. However, accounts of the game described it as “a bigger deal than Opening Day,” as everyone had come to see the one-handed phenomenon. The team ended up losing 7-0 and Abbott talked about his game, saying, “I battled and I made some pitches I was proud of. But overall, I didn’t do all the things I wanted to do.”

Abbott went on to pitch for ten years for the California Angels, New York Yankees, Chicago White Sox, and Milwaukee Brewers. His most memorable achievements were winning the Golden Spikes Award in 1987, throwing a no-hitter for the Yankees against the Cleveland Indians in 1993, and being elected to the College Baseball Hall of Fame in 2007 for his career at Michigan.