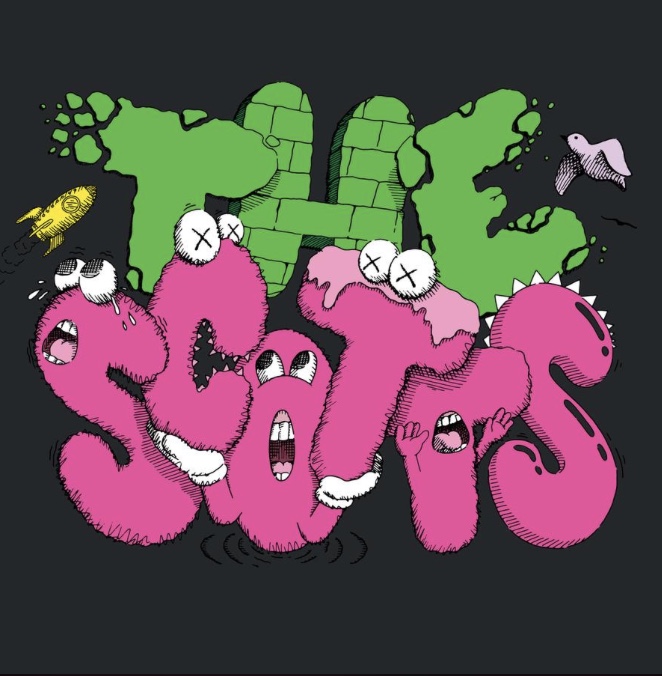 Travis Scott recently paired with Fortnite to produce a virtual concert. “Astronomical” featured some of Travis Scott’s hits including “SICKO MODE” and “goosebumps” along with many others in the nearly 10 minute animated concert.

The first show attracted 12.3 million viewers. While first showing a traditional stage to perform on, the designers moved the concert setting multiple times to suit Travis Scott’s otherworldly fashion. The show was taken to space, underwater, and psychedelic atmospheres. Scott puts on a transcending show, stomping around the setting and transporting through space. Although the show was animated the graphics were crisp and abstract, perfectly designed for an insanely entertaining show.

Many people say the concert is much better if you virtually attend it, as the video doesn’t do the graphics justice. Junior Tori Lanese says, “It was like I was at a real Travis Scott concert, only better and some of it was in outer space” The collaborative experience allowed for players to feel a part of the Travis Scott performance. Foran graduate Liam Oliver says “The concert was surprisingly engaging, I watched it on a whim and my expectations were definitely exceeded. The key aspect I think was the interactivity. Watching the concert while being able to control a character and move through the environment made it feel incredibly immersive.”

Scott promised a new release at the end of “Astronomical” and he delivered. Collabing with Cleveland born legendary rapper Kid Cudi, Travis Scott and Kid Cudi produced “THE SCOTTS”. The name inspiration came from a combination of Travis Scott’s stage name and Kid Cudi’s real name, Scott Mescudi. Scott has always been a big fan of Cudi and even said he was his main sound and influencer that shapes his music. In an interview with Rolling Stone Scott admitted that Cudi “saved his life” as Cudi’s music is outspoken about mental health.

“THE SCOTTS” features an ominous synth tone as most Cudi and Scott songs. Each rapper has a verse laid over a steady beat and ad-libbed over each other’s verses. Finally, they joined together in the final verse with an epic outro transporting the listener to an odyssey type journey through a symphony of synths.