The Eternal Await For “Eternal Atake” Finally Comes To An End 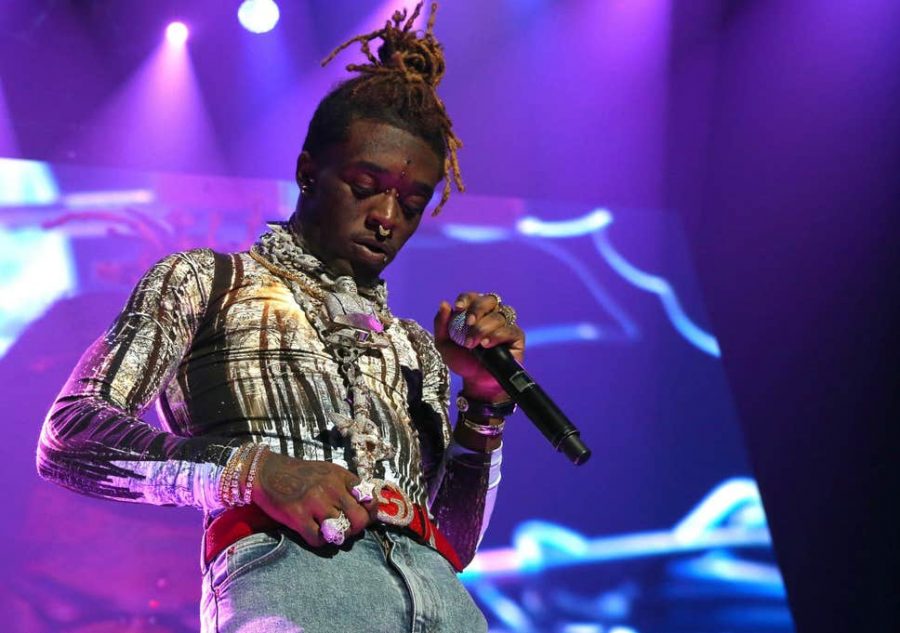 Lil Uzi Vert performing at a show in January of 2019. Photo courtesy of Getty Images.

Back in August of 2018, Philly rapper Lil Uzi Vert teased fans with his new album “Eternal Atake”. After what seemed like all hope was lost after a drama filled 2019, Uzi finally blessed his fans this March with the long awaited project along with its deluxe version just a week later. Immediately on top of the charts, Lil Uzi’s return album is an unquestionable success. While expectations were through the roof and pretty much unmeetable, Uzi delivers a great album that will give fans will enjoy for years to come. “Eternal Atake” showcases the best of Lil Uzi and everything he has become over his career.

Symere Woods, popularly known as Lil Uzi Vert, burst onto the hip hop scene in 2015 with his popular SoundCloud mixtape, “Luv Is Rage”. In 2016, he cemented his status as a major rapper when he dropped“Lil Uzi Vert vs. the World” and “The Perfect LUV Tape” which dominated the charts. Uzi didn’t stop there with his biggest year coming in 2017 when he released his debut album “Luv Is Rage 2” which rode the momentum of the seven time platinum single “XO Tour Lif3”.

When Uzi teased fans on his birthday with the hope of a new album on the way called “Eternal Atake”, fans were ecstatic, but none could have foreseen the wait that was to come. In January of 2019, Uzi retired from making music due to issues with his label and personal life.

This was short lived though as Uzi soon returned with two new singles under his new label Roc Nation. Months later in December, Lil Uzi dropped the first single off “Eternal Atake”, “Futsal Shuffle 2020”. Hype gathered as Uzi kept hinting he was finishing the album and finally on March 6, he released it without warning. Senior Mike Young says, “I honestly thought it was never going to come out.”

The 18-track record contains only a single feature from singer Syd, but Uzi makes it clear he doesn’t need anyone else to make a great project. Backed by incredible production and a variety of crazy beats, Uzi takes listeners through his alien abduction story and what he experienced along the way. It’s not that strong of a theme when it comes to the lyrics, but it feels very fitting with the beats and production.

“Baby Pluto” kicks off the album with a bang and a personal favorite “Lo Mein” follows. Weaving fast and fun flows with the beats, Uzi sounds just as good as ever bursting with personality and style. “Silly Watch” puts Uzi in attack mode for the next 4 tracks, as he uses quick flows, fast bars, and heavy hitting punch lines. While “Silly Watch”, “You Better Move”, and “Homecoming” all absolutely slap, “POP” doesn’t hit as intended with the odd flow and beat not really creating a signature Uzi sound, but is a respectable effort.

After “Homecoming”, the project transitions tones down a bit with the next six tracks having Uzi singing and rapping over spacey, otherworldly trap beats. “Bigger Than Life” feels like an ascent to heaven with its choir and smooth guitar chords bringing you up. The beat of “Prices” samples part of the popular Travis Scott song “Way Back” and Uzi bodys it. Senior Justin Tran says, “I really like ‘I’m Sorry’ and ‘Celebration Station’ from this part of the album. They might even be my two favorites because Uzi is really relatable on these songs and the beats are really cool.”

The lone feature from Syd comes on “Urgency” and fits amazingly well. This outer space R&B ballad has a lot more singing from Uzi than anything fans have heard in a while with Syd and Uzi bouncing off each other with ease. “Ventia” and “Secure The Bag” are more interstellar bangers, but “P2” throws fans for a loop as it is a continuation of Uzi’s most popular song ever “XO Tour Lif3”. Senior Sean Park says, “When I heard ‘P2’ for the first time and realized it was a second part to ‘XO Tour Lif3’ I went crazy. This version has a different vibe, but I really like it because you can listen to them back to back.”

Spanning over an hour and two minutes, “Eternal Atake” will impress and please fans. The album is hit after hit apart from “POP”. My personal favorites are “Lo Mein”, “That Way”, “Bigger Than Life”, “P2”, “Venitia”, “Prices”, “Silly Watch”, and “Celebration Station”. Even after his 2 year hiatus, Uzi has returned to reassure people he’s still one of the best in the game and only getting better with every project. Hits on hits earns “Eternal Atake” a 9 out of 10.