21 Savage returns with one of his best projects to date 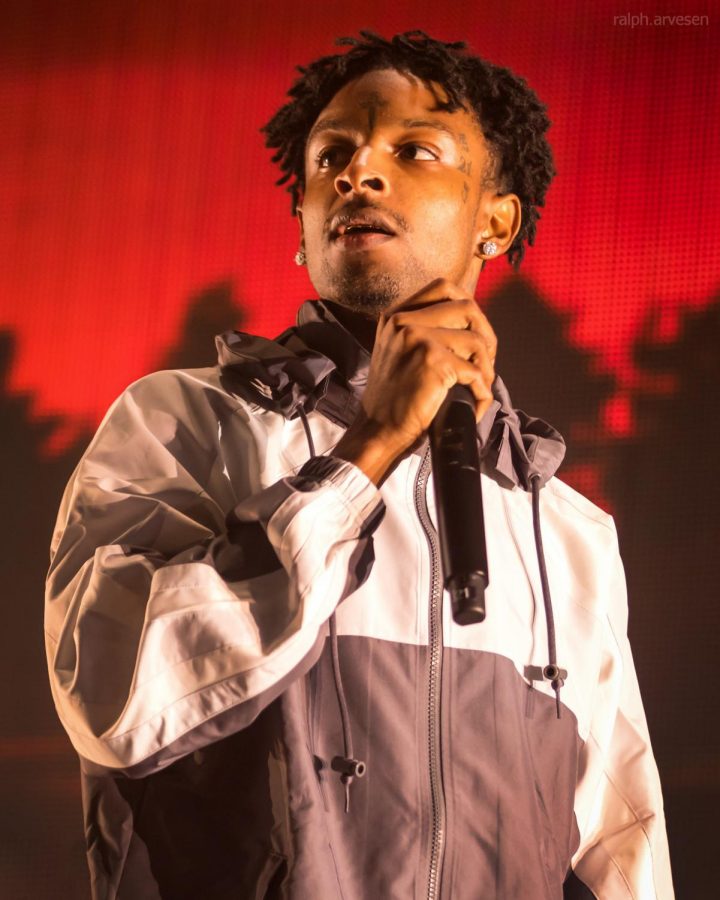 21 savage performing on stage in Austin, Texas Photo Credit - Wikimedia Commons, Ralph Arvesen from Round Mountain, Texas. (No Changes made)

On Friday, October 2, Rapper 21 Savage dropped his much anticipated follow up album “Savage Mode II” with producer Metro Boomin. The album comes after 21’s critically acclaimed album “I am > I Was” which was released in 2018 and included the Grammy winning single, “A lot” with J cole. Savage Mode II has been hyped by his fans all over the internet for months before the actual release of the album. The wait turned out to be completely worth it as Savage Mode II delivers in every way.

The album starts with an intro from the legendary Morgan Freeman which immediately transitions into the song “Runnin,” one of the best songs on the entire project. The song is classic 21 Savage as he flows over the Metro Boomin production. One of the best lines on the project is on this song when 21 says, “I know she around for the money, but act like she loyal, I don’t feel the love. I’m so rich, get bored, might wake up, buy me a car just cause.” 21 and Drake join together for the song “Mr. Right Now” which serves as the most divisive song on the entire project. The provides the first shift of the albums sound as the prior two songs were both trap inspired, while this one is an R&B inspired love song. The song is fine overall, but it’s probably the weakest song on the tape, which says something about the overall quality of the project.

The album goes back to its trap-style roots with the songs, “Slidin” and “Many Men” which both have 21 Savage returning to his aggressive style of rap. Songs like these show 21 savage at his peak, when he is rapping about his life growing up in Atlanta and his struggles throughout his life. He uses creative bars all throughout the every single track on the tape, and when you compare where he was during the days of Savage Mode I you can see how much he has improved as an artist.

The songs, “Said N Done” and “My Dawg”  talk about the people that helped Savage get to where he is today. It details the people in his life that are always with him and the people he goes out of his to prove wrong. Savage raps with a chip on his shoulder detailing the loves in his life he may have lost like in the song “RIP Luv”. Savage goes over the love in his life that changes the way he views relationships and love in general. In an album full of aggression and bars, the music allows us to see into who he actually is as a person, and not just 21 Savage.

Savage Mode II is everything the first album was and more. It has one of the best producers in the game in Metro Boomin, one of the most fun and entertaining rappers in the game, and it has excellent features from the likes of Drake and Young Thug. The album even recruited icon Morgan Freeman for a role in the project. Senior Aidan Deschaine said, “I really like the creativity 21 used especially adding Morgan Freeman to the album.” This album is one that fans will continue talking about all year as one of the best projects released in all of 2020.