Uncas And His Forgotten Legacy 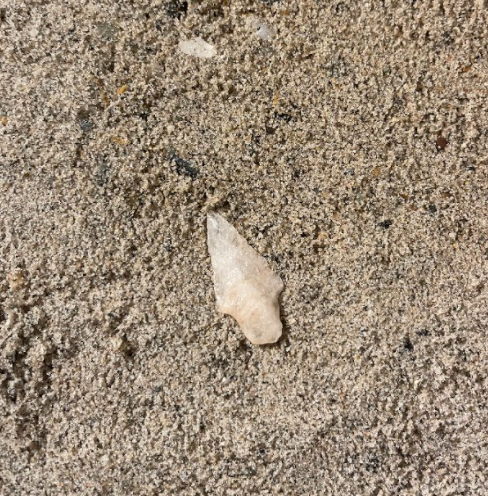 The 17th century was a time of great change in Connecticut with Windsor, the first English settlement in the region, being founded in 1633. This new and alien threat led to conflict rather quickly, with the Pequot Sachem(the equivalent to a prince or king) being killed in a skirmish(a small fight, often not indicative of war) by the Dutch. Two major players remained who were vying for the role of sachem; Sassacus and Uncas. This eventually led to a split in the Pequot tribe, with the splinter group taking the name Mohegan, meaning wolf people according to the Mohegans website.

Uncas was born to his mother Owaneco I and Mekunump according to the Native Northeast Portal. Owaneco, his father, was a sachem and had him marry the daughter of Tatobem, sachem of the Pequots. Uncas was part of what was essentially Native American nobility, with his family being rather influential.  Uncas´s father would die soon after the marriage, forcing Uncas to submit to Tatobem.

In 1633, Tatobem was captured and killed by the Dutch in a skirmish, leading to Sassacus being his successor, a role Uncas believed he deserved according to the Mohegans website. A year later he would rebel against Sassacus with Narragansett support and failed, being forced into exile in Narragansett territory. While in exile, Uncas began to court English support, waiting for an opportunity to present itself.

The Pequot war, which would be Uncas’ chance to increase his influence, was caused by the balance of power in Connecticut at the time. The Pequots were the dominant power in Connecticut, and as such were highly resented by many other tribes. The Pequots most important asset was their control of the wampum and fur trade. Wampum was used essentially as a kind of currency according to ganondagan.org. Who-ever controlled the sites of production would be very powerful and influential. The Pequot-Dutch control of this asset brought with it the jealousy and resentment of other tribes. Once the british arrived, many tribes allied themselves with the British, as the British had no ties to the Pequots and were an opposing force to them.

Uncas would get his chance to redeem himself, as the English trader John Stone and his crew were captured by Pequot Tributaries(essentially tribes under Pequot control) at the mouth of the Connecticut river, and killed in retribution for the killing of Tatobem. Two years later the trader John Oldham was found murdered on Block island, allegedly by Manisses, another Pequot Tributary according to Britannica. This time, the English were not as forgiving and Massachusetts Bay Colony sent 90 men to Manisses territory in Southeastern Connecticut, burning villages and corn fields in retaliation. Following this the expedition went on into Pequot territory, attempting to incite Pequot to participate in combat. After they failed to do so they went on to burn corn fields and villages.

The Pequots finally took action, successfully attacking and putting siege to Saybrook. The siege lasted from September of 1636 to April of 1637, during which burning of English provisions and warehouses, along with Pequot attacks on any Englishman to wander outside the palisades was common according to Britannica.

Uncas and his Mohegan followers would be an ally of the English during the war, acting as guides and soldiers. They would play a significant role in the Mystic Massacre, where nearly 400 Pequot men, women, and children were slaughtered, with any Pequots who tried to escape being killed by either the British, the Narragansetts, or the Mohegans according to Britannica. After this battle the Pequots were continuously on the run, leading to them losing their influence over Connecticut. Following the war’s end the Pequots had lost almost all of their influence over Connecticut and many were enslaved according to both the Pequot tribes website and Britannica.

With the Pequots gone, the Mohegans were able to capture much former-Pequot territory. The Mohegans would become an important regional power, and would under Uncas’ leadership defeat a Narragansett invasion and emerge from King Philip’s War relatively unharmed according to the Mohegan Tribes Website.

Even though he was so successful and shaped Connecticut history for years to come, not many people recognize his legacy, with public schools in Connecticut almost entirely ignoring Native American history. He is, however, still remembered by some, like Mr. Tupka who teaches multiple subjects at Foran and has spent more than his fair share of time studying local history.

“I would say that we don’t recognize native history enough as a country. Individuals such as Uncas were tremendously influential leaders who were critical to the advancement of European colonies as well as the preservation of native culture”