How Ancient Rome has Influenced the Modern World 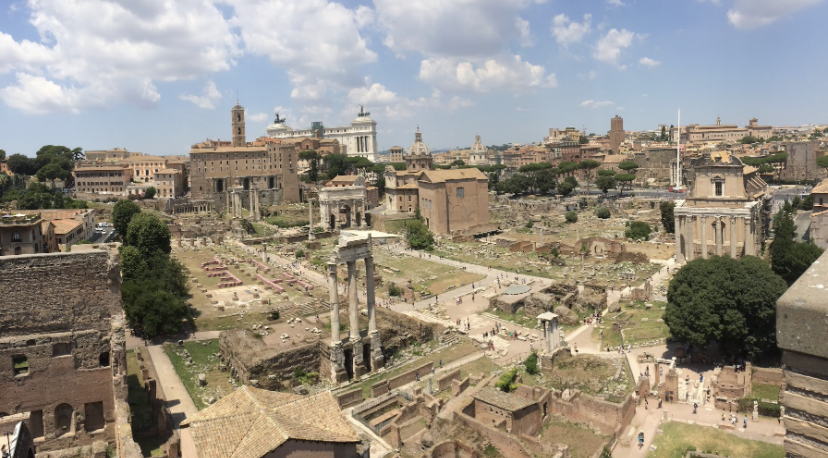 Ancient history is vital when looking at how society has changed over time.

Specifically, Ancient Rome has had a major impact on many areas of modern culture including government, architecture, language, and literature.

Ms. Wendy Valleau, the Latin teacher at Foran High School says, “Much of Western culture and society has been formed by concepts and customs of the Ancient Romans…. Many claim that the Roman Empire fell–various dates are proposed, even as early as A.D. 476.   But in several ways–and in ways upon which we should cast an enquiring eye so that we don’t blindly follow tradition–the Roman Empire still perdures, permeating the Western world to this day.”

Although it has been thousands of years since the Roman Empire prospered, traces of this history have still been left on our world.

The importance of these literary works has been shown throughout history, with even more prominent figures such as William Shakespeare having been inspired by Ancient Roman pieces.

National Geographic continues, “Ancient Romans spoke Latin, which spread throughout the world with the increase of Roman political power. Latin became the basis for a group of languages referred to as the ‘Romance languages.’”

The Romance languages are French, Spanish, Italian, Portuguese, and Romanian. Some Latin root words are also the foundation for many English words.

As well as being incredibly prominent in the English language, Latin is also shown within our law and justice system. The current American government was also formed with traces from the Roman government.

Valleau says, “The Romans developed a type of Republic that was ostensibly responsive to the people; in fact the word ‘republic’ literally means ‘the people thing’–supposedly a government of, by, and for the people, in the words of our own Constitution…. the notion of shared power which originated in Ancient Greece certainly took shape in Rome and has been relied upon later on in history, right up to our present day.”

Architecture was also a large part of Roman life, taking many ideas from Ancient Greece but also adding many of their own.

Traces of Ancient Rome can be found throughout daily modern life amongst literature, law, architecture, and many other aspects.