The Trails of the Constitution State

A Review of Connecticut Hiking 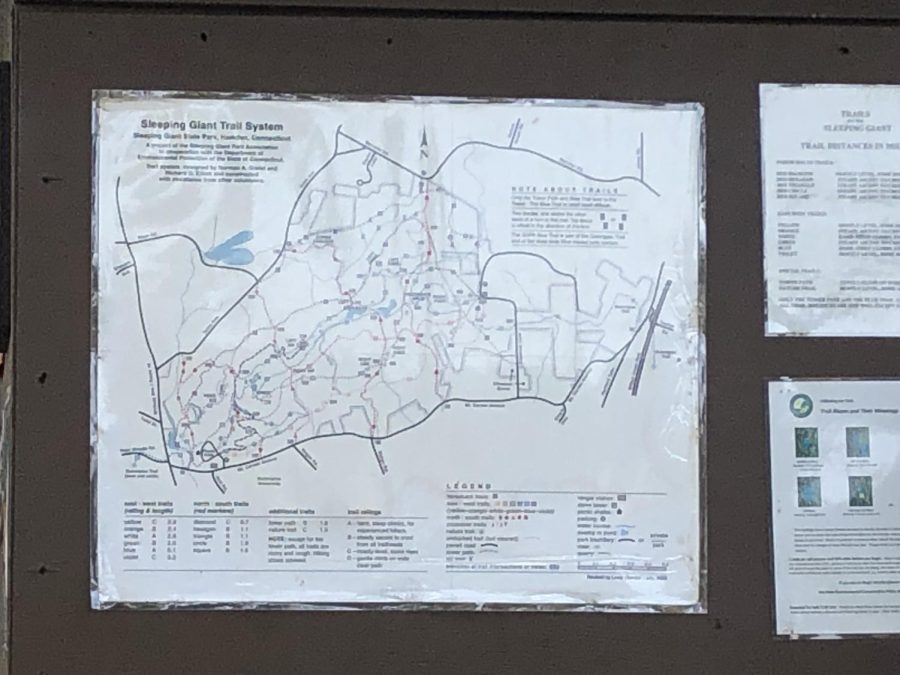 There are thousands of hiking trails around the United States. From the many unnamed and short trails around the country, to the 3000 mile Continental Divide Trail, they come in all shapes, sizes, and elevations. However, the trails in Connecticut are typically relatively small.

The longest trail in Connecticut, excluding the 51 mile segment of the far longer Appalachian Trail, is the New England Trail that is shared with Massachusetts and runs for 207 miles through Connecticut and Massachusetts, following much of the Connecticut River to the New Hampshire border.

When it comes to Southern Connecticut, one trail dominates both the landscape and the list of popularity.

“I lived in Hamden for two years, so Sleeping Giant is a favorite…” says History and Model UN Teacher, as well as avid hiker, Mr. Zachary Phelan. “But I suggest people don’t go on the main trail, they have plenty of others that loop around the mountain and give you a more private walk.”

The Tower Trail of the Sleeping Giant State Park is by far the most popular, with over — reviews on AllTrails, an app with hiking maps and the aforementioned reviews. Its rating on the app is — which is precisely why it is popular.

One of the major sections of the Appalachian trail in Connecticut is, in fact, the area around Bear Mountain.

O’Sullivan continues, “I thoroughly enjoyed the Bear Mountain Trail in Litchfield County. This trail overlaps with the Appalachian Train for the majority while still looping hikers back to the trailhead on the road.

The State of Hiking in Connecticut, according to those interviewed and people who discussed the topic, seemed to have a positive outlook. People across the state, from Woodbury, to Milford, to Hamden, seem to all love the current system. And with a little work, and many helping hands, it will stay that way.